A blog about health, fitness, food, beauty and my life.

Is This For Real?

Tate and I have started remodeling our house.  Tate and a few guys put up part of our new metal roof, then he ripped out the walls of one of our bathrooms.  Now, we are back to working on the roof with an empty shell of a bathroom.

I’ve always heard that building or remodeling puts a lot of strain on a marriage.  Naturally, this made me a little nervous going into the whole thing.  Like anyone needs added stress in their marriage.  But, over the last week Tate and I have been working together on the roof and I really feel like it’s helped our relationship.  We are able to chat about things while we’re working that we normally wouldn’t have taken the time to even mention.  We are collaborating on the work, and the decisions have been so easy; mostly because I think anything will be better than what we have now.

Since we’re planning on building a house in the next couple of years, this gives me a lot more hope about the situation we’ll be in then.

This is an especially bittersweet weekend. Today is my last day of working at ECU. I have been at ECU as a student and/or employee for 6-1/2 years. Holy Batman! I’m so unbelievably excited about the new turn my life is taking, but I’ve found it quite hard to say “goodbye” to the people I work with. In fact, I just broke the news to one person this morning. I’ve neglected to tell all but a handful of people at ECU. I’ve struggled most, probably, with saying “au revoir” to the recruiters from other colleges. They became my homies, if you will, and come Fall I don’t think I’ll know what to do with myself.

I am also so, so happy today for one of my longest besties and her new career path! This weekend I get to spend time with some wonderful friends in OKC, and I definitely plan on using the time to celebrate new things.

I hope you have exciting things in your life to celebrate, too! Here are some awesome links for your weekend kick-off:

Have you or will you co-sleep with your baby?

I can’t say I disagree with Carrie. What do you think?

It’s not only Friday, which by all means is good in itself, it’s Good Friday! Hopefully many of you are getting to enjoy the day off. This weekend I’m chaperoning a Chi Omega formal (how old do I sound?), helping move the gym and spending Easter with my wonderful in-laws. I’m really excited about everything going on, and I’m hoping to fit in some extra sleep, too.

I hope you all have wonderful plans for Easter and that you remember the reason we celebrate Easter at all. Let’s get your weekend rocking with this stuff from the web:

A simple sinner simply telling the story of salvation.

Would you make an extra effort to lose weight to get or not lose money?

Mmmm Mmmm . . . the restaurant secrets to a perfect steak dinner.

If you do these exercises, you’re wasting your time.

If Disney stories didn’t end in “Happily Ever After.”

Lincoln Bell was born yesterday, and this is a touching story of meeting her granddad.

A truly inpirational story about overcoming your stereotype.

This dad is spot on in his letter to lingerie company.

Like nearly every other woman in the world, I have a tendency of picking myself apart every once in a while. I’ve pretty much accepted that I’m always going to be short, have Santa-like cheekbones and broad hips. Besides merely accepting my physical characteristics, over the last few years I’ve come to love some certain things about my appearance. I really love my slightly turned up nose and my very normal ears. I also think I have pretty feet; at least, I don’t have an abnormally long toe or creepy toenails or bunions. So, I think they’re awesome.

Every time I think of something negative to say about myself, I try to think of something stellar, too; you know, to counteract it. Yesterday, though, I noticed something awesome about my appearance before I could even think of something I didn’t like. I have hamstrings. Okay, you do, too. But I have bulging hamstrings, as in, you can see them. I never knew you were supposed to see hamstrings. I’d played sports pretty much my entire life, and the back of legs were flat. I thought that was normal. Then, about a year into my training program, I started to notice my legs looked a little different in skinny jeans. Not only were my quads much more sculpted, but a new muscles were appearing under my derriere.

Of course I thought the new addition was great. I was obviously getting stronger. And, most women’s quads are 100% stronger than their hamstrings, which is the leading cause of ACL injuries. So, I was pretty excited that I was reducing my chance of injury and surgery. Since then, I’ve been noticing how my hamstrings look in jeans, leggings, shorts, skirts . . . pretty much everything. I was glad to be rocking some hammies, but I was never completely over the moon about them. Until yesterday.

The weather was perfect for a run at the park, so before I headed to the gym I decided to lace up my Brooks and train for my upcoming 5K. Near mile 2 (which was close to the end), I glanced over at the shadow running alongside me. In my running capris, I could see every muscle in that shadow. The one my eyes were immediately drawn to was my hamstring. That sucker just popped outta my leg like a new growth! And you know what? I think visible hammies are pretty flipping awesome. Get you some. 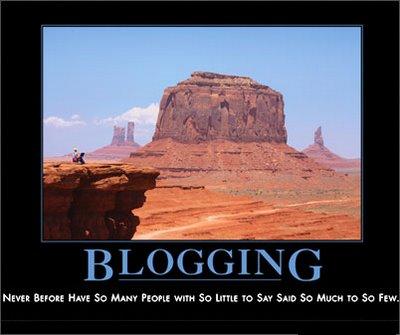 I have moments every once in a while like,”Man, I really am great at giving presentations.” And times when I think, “Eh, I’m too ADD to concentrate on crafts to actually do one.” Then there are moments when I realize I’m a really bad blogger.

It’s not that I think I’m bad at the actual writing part of it (though you can feel free to disagree), I’m just really awful at coming up with content and being consistent. There are things I really like to blog about — food (but I hate taking food pics), fashion (but I can’t afford to shop much) and beauty (but I don’t want the Mary Kay consultant part of me turning people away). I follow current events and I watch a little tv now and again, but I don’t really ever feel like discussing them. And, I don’t want this to be a blog about “me, me, me, me, me.” Really, I’m not even that interesting to myself; who else would want to read all about my comings and goings?

So, bare with me if you will. I know I’ve had this blog for like a year or something, but I’m still learning. I’ll try to have better content and post more frequently. And, I promise I won’t turn this into a blog about my dogs (or kids if I ever have any).

All I have to report today is that there are big changes coming my way. I quit my job and I’m taking on the role of a full-time Fitness Coach (a.k.a. personal trainer) as of April 8th. I’m so excited about the new opportunity, but I’m also very anxious about some of the downfalls associated with it. Please keep me in your prayers these next few months as I make this transition — hopefully as smoothly as possible.

“Vampire Facelift” is a Thing

If you caught last night’s episode of Kourtney & Kim Take Miami, you watched as Kim cried and moaned her way through a new designer blood facial, a.k.a “vampire facelift.” If you didn’t catch the show, here’s what happened:

With seemingly little to no research beforehand, Kim let her friend talk her into this procedure that requires drawing out your blood, spinning it to separate blood cells from platelets, then injecting the blood back into your face.

The dermatologist carrying out the treatment said it was similar to accupuncture, but Kim seemed to take the pain pretty hard. The entire thing looked gross and miserable. From the little research I found on the new beautification process, acne and acne scars, as well as lines and wrinkles, can be filled and rejuvenated. The blood facials’ effects last for up to one year and costs about $1000 per treatment.

What do you think about his crazy facial? Would you consider doing this?

If you want to read more on this process, click here.

Happy weekend, you all! Just a few more hours until we (mostly) are off work and headed for our Friday night plans. Me? I only plan to snuggle up on my couch catching up on my DVR recordings. And hopefully catching up on a lot of lost sleep.

For this weekend kickoff, here are some great links to check out:

If “The Notebook” was a horror film.

Can you believe these awful T-shirt slogans?

The cast of “Duck Dynasty” pre-beards.

Pretty sure this was, in fact, planned, but how great does she look with this pregnancy?

This is only funny if you watch anything Kardashian (yes, I do).

Surprising facts about “The Wizard of Oz”

Secrets of a flight attendant.